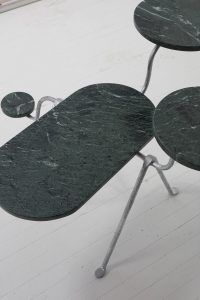 Last night we attended the launch of Cult’s ‘Chairity Project 2016’.

16 beautiful designed chairs are being auctioned to raise funds for 16 inspirational organisations. Designer Henry Wilson has selected Save Our Sirius to receive the proceeds form his chair.

To Place a Bid visit: galabid.com/chairity2016

Henry Wilson is proud to partner with Cult Design for ‘Chairity Project 2016’; the esteemed charity event that invites 16 leading Australian creatives to reinvent an iconic chair design. Each creative is given complete freedom to reinvent the chair, which is exhibited and auctioned off to a charity of the creative’s own choice.

2016 marks the third edition of Cult’s annual ‘Chairity Project’. In previous years, Cult has invited creatives to bravely reinterpret an iconic design, including the CH33 (1957) by Hans Wegner for Carl Hansen & Son and the Series 7 (1955) by Arne Jacobsen for Republic of Fritz Hansen. This year, to shake things up, Cult invites creatives to reinterpret a ‘future classic’; the Officina chair which was designed by Ronan and Erwan Bouroullec for Magis just two years ago, in 2014.

Henry Wilson converted the Officina chair into a table and will donate the proceeds to SOS Save Our Sirius. Henry Wilson shares, “I’ve always felt a little conflicted by the ‘Chairity’ projects as they have involved reinterpreting ‘classic’ designs. It can be hard to justify messing with something that is so revered. When I saw this year’s chair I felt immediately that it should not end up back as a chair. We often expect forged steel to be solid and inflexible, I wanted to convey the rubbery hidden potential of steel. This year, I am raising funds for the ‘Save Our Sirius’ campaign. The Sirius building has always captured my imagination; both as a kid crossing the harbour bridge in the rear facing seats of my folk’s station wagon and as a design professional today. It is one of Sydney’s few remaining pieces of Brutalist architecture and it’s something I know we need to preserve. The greed of our politicians and the blatant disregard of heritage experts is an embarrassment to our city. In the words of Tim Ross, ‘Architecture is not pizza, not everyone has to like it’”

Charity Overview // SOS Save Our Sirius

SOS Save our Sirius is a campaign to save Sirius; the flats built for the community that saved The Rocks from demolition in the 1970s. Launched in August 2016, the campaign calls for a Heritage Listing to prevent Sirius from being demolished and redeveloped into luxury apartments. More than just an icon of Brutalist architecture, Sirius represents social inclusion, equality and community for the people of Sydney.

Henry Wilson is a designer based in Sydney, Australia. After graduating in Visual Arts (Woodwork) from the Australian National University in Canberra, Henry received the HSP Huygens Scholarship for Postgraduate Studies (Design) at The Design Academy Eindhoven. In 2012, Henry set up a research and conceptual design studio, producing products, furniture and interiors that are considered and durable, with a focus on honest resolutions and longevity.