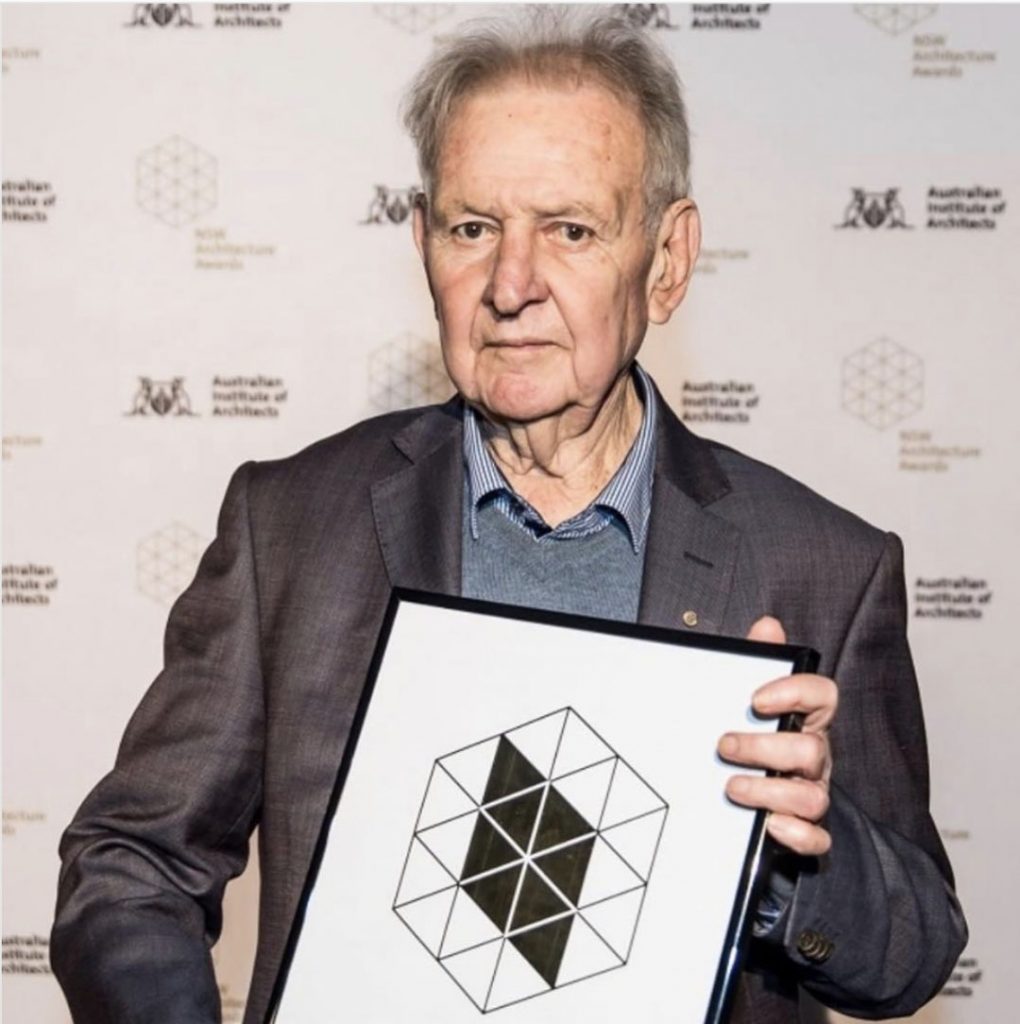 Earlier this year Jack Mundey received the 2017 NSW President’s Prize, not for the buildings he designed, commissioned or built – but for those he has saved.

Jack was the face of the 1970s Green Bans that saved buildings and precincts across the city.

“Jack has continued to advocate for the preservation of places steeped in history, culture and social networks: At Millers Point, at Parramatta, and (in an ironic repeat of history) at Sirius in The Rocks. He reminds us that we can never take conservation and heritage protection for granted, that we must always be prepared to fight for what we know to be important.”

“For his extraordinary contribution to the preservation of our built heritage through his activist advocacy for nearly fifty years, Jack Mundey is a worthy recipient of the 2017 NSW President’s Prize.”

Read more about the awards and prizes given on the night, in this article by Michael Bleby: http://www.afr.com/real-estate/nsw-architecture-denser-residential-development-in-suburban-areas-tops-awards-20170629-gx1mb1#ixzz4ljEb3szy