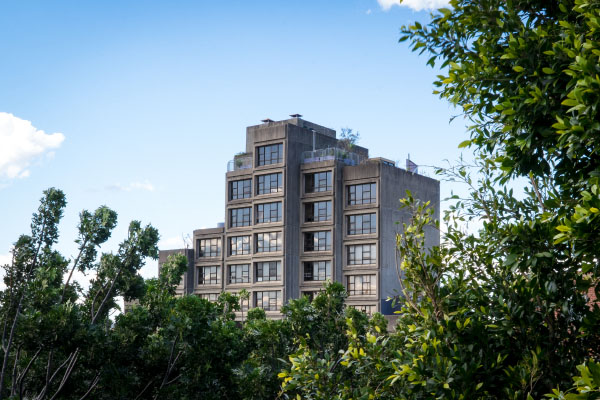 Today, the NSW Heritage Minister Gabrielle Upton has continued to ignore growing national and international heritage opinion that Sirius is of state heritage significance.  The Government has again refused to list Sirius on the State Heritage Register.

In a statement, Upton’s only argument and the only thing she cites in her decision is the opinion of a group of private companies the government hired to tell them what they wanted to hear. In doing so, The Minister has placed the view of private hired heritage opinion over the unanimous advice of the NSW Stage Heritage Council.

But it is not just the State Government’s own Heritage Council that realise the heritage significance of Sirius, it is also State, National and International heritage experts like:

In response to the decision, Shaun Carter, Chairperson of Save Our Sirius said;

Lets be clear about this, it is a decision based on a massive development play – 250 apartments on this site where only 79 now sit, and it’s part of the current government’s cultural war to get rid of a building they see as a symbol of the left.

Imagine what 250 Apartments on this delicate state significant site within the world heritage curtilage of the Sydney Opera House would look like if a massive 250 apartment tower was built on it. If you don’t like Sirius, imagine how much less you’ll like this.

The Save Our Sirius Foundation have modelled what 250 apartments will look like on this site. It’ll be more than a 30 storey tall residential tower in the heritage precinct of the Rocks, or a massive 20 storey wall of building over the whole length of the site blocking views to the World Heritage listed Opera House.

The Save Our Sirius Foundation believes this decision is an ignorant decision made by an out of touch government who have stopped listening to the people and are riding roughshod over the NSW landscape. Sirius is another example of gross & poorly considered development decided by this government. Take WestConnex, light rail, the female factor, the cutting down of 100 year old trees, priority precincts, Central to Eveleigh. The list grows by the day.

We also know the Sirius decision is part of the cultural wars that pre-occupies the hard right of the liberal party. People like Perrottet and Goward see Sirius as a symbol of the left and they want to knock it down. To forever remove a social and cultural symbol that contains the storyline of the green bans movement. This building was only born because of the green ban movement, Jack Mundey, and the preservation of the Rocks.

It is fundamental to the history of the Rocks, and the broader social & cultural significance of the Green Bans movement that we understand how our democracy works when the people fight for the things they believe it.

To want Sirius demolished because of some petty cultural wars fight in our opinion is pathetic. To loose our very Sydney story just because a very small fragment of society doesn’t like it, is reckless.

Save Our Sirius will continue the fight. If there is a legal avenue to pursue, we will pursue it with all our might. We will not stop this fight until Sirius is saved. If that means we need to stand in front of the wrecking ball, we will do that to. We will not give in.

1 thought on “Press Release: Reckless Out Of Touch Government Not Listening To The People Or Experts”