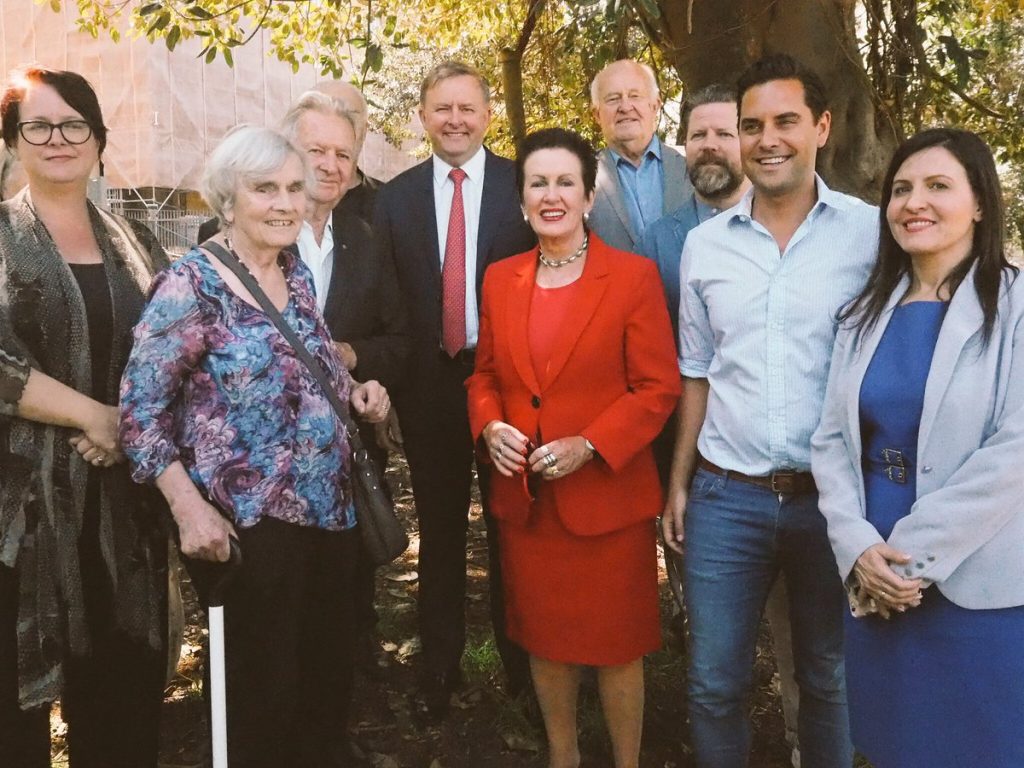 Our court case begins Thursday 6th  April as we try to protect the heritage values of the Sirius Building , The Rocks.

The court case is seeking to overturn the NSW Heritage Minister’s decision not to list the Sirius Building on the State Heritage Register.

Ahead of the hearing, Shaun Carter,  Chairperson Save Our Sirius said,

“We are here today to show the Government we were serious when we said we would fight for Sirius. A fight that is about housing that is fit for purpose now, and can be fit for purpose for housing for 50-100 years to come.

This fight is to stop the government approving demolition for a building that should be used to serve their stated aims of affordable housing. Sirius offers quality housing for a city desperately lacking in Key worker Accommodation.

90 years of age, legally-blind and tough as nails, and as warm as sunshine itself. She has worked hard for this city and contributed to its taxes, her community and to the life and culture of Sydney. She is a long term Sirius resident. Today is a fight for Myra.

This is also a fight for the preservation of a very Sydney storyline. Sirius only exists today because of the deal the NSW Government did with Jack Mundey and the Unions to build new social housing for those displaced by the demolition of the Askin Governmment. A deal that stated their homes will never again be taken from them. My how quickly “never” comes around again.

We are also here to fight for the dangerous precedent the Government has set. The Heritage Act was design as a mechanism to reach over and above the simple cost driven considerations that has caused the destruction of much of Sydney’s heritage. Its primary function is to over ride money in  determining social, cultural and environmental values so we don’t continue to lose our exemplary heritage examples.

Yet, the Minister used the old language of the Askin Government to reject the Government’s own professional body that determines heritage, the Heritage Council. It is a language that is devoid of humanity, and of values, and only sees costs. We have to be worth more than the sum total of our bank account.

If Sydney is to be a great city it needs to be able to value it’s society and its’ culture. It also needs to remember where it has come from so it can know where it is going.

The Minister has set a dangerous precedent with his decision. Government can now throw out heritage for money. Here is an absurd example. Imagine if the Government determines the financial hardship placed upon the itself is too great to let the Opera House sit on valuable real estate of Bennelong Point. Under this ruling the Government could determine that 30 high-rise Apartment Towers on the Opera House site is too valuable to ignore.

Imagine loosing the Sydney Opera House for a short-term sugar hit to the budget. Doesn’t make sense does it?

However, we believe this is an opportunity for the government to stop and rethink their decision to ignore the advise of NSW Heritage Council experts.

We call on the Government to reverse their decision and list Sirius on the State Heritage register and work with us to find Affordable and Social housing solutions. They can do this today.

When the Government loose this court case, they will look like they played fast and loose with peoples lives, Sydney’s heritage and the Jack Mundey’s Green Ban legacy.

We are ready and willing to meet with the Premier and the Minister to discuss pathways to heritage listing, the preservation Sirius and Social and Affordable housing.

We didn’t want this day to happen – but we said we would do it to protect the heritage value of Sirius for future generations. We will continue to fight until Sirius is saved. “

Shadow Minister for the Environment and Heritage, The Hon. Penny Sharpe said;

“The Sirius building is an important part of the heritage of Sydney. Not just an important architectural building, Sirius is the product of the rich social heritage of the waterfront workers and their families, their fight to save their homes from demolition, the green bans, community and union protest that saved the Rocks and lead to the subsequent passage of landmark heritage legislation to conserve the heritage of New South Wales into the future.”

“The minister should not be able to override the Heritage Council’s unanimous advice to protect this landmark building, which is a rare example of Brutalist architecture largely in its original condition with significant built and social heritage value. Heritage is not about economics or politics and I hope the courts can save the beloved Sirius.”

This action is made possible form the support of a crowd funding campaign. We are repressed by community legal centre EDO NSW.