The NSW Government has put Sirius up for sale, ignoring international and local heritage bodies, community activists, the City of Sydney, the Australian Institute of Architects, unions, and residents, all in favour of some quick cash.

We’ve said from the get go that this isn’t about money. If the government’s prepared to drop billions of dollars on stadiums we already have, why can’t we just use that money right now for social and affordable housing? Don’t do the stadiums, put it towards kids’ sport and affordable housing. 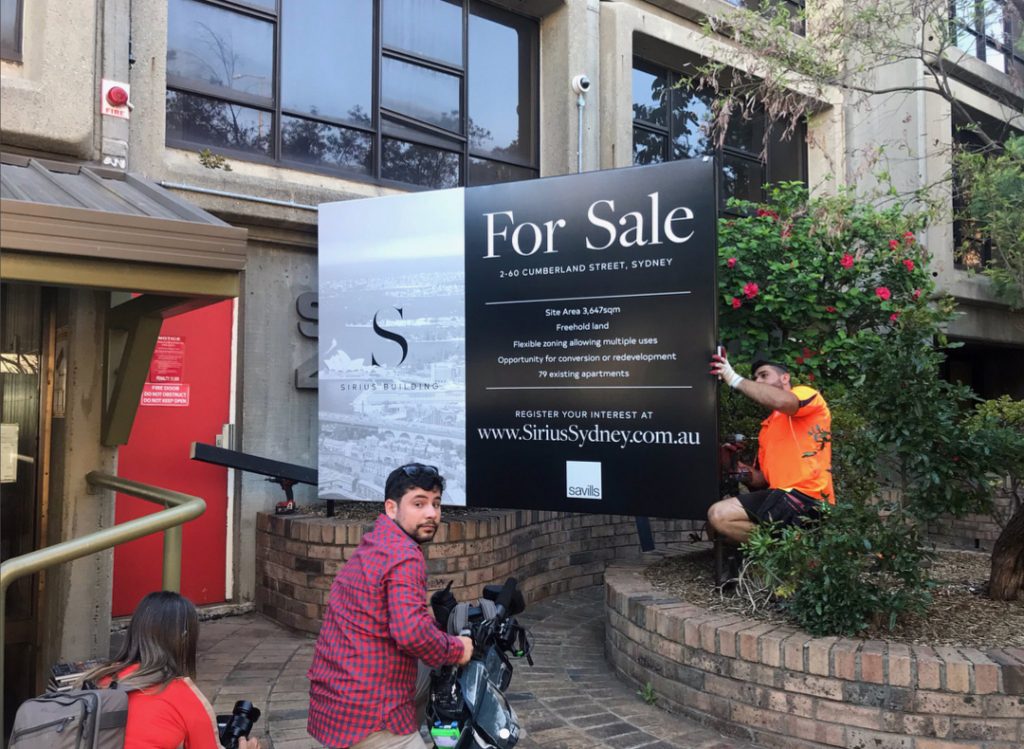 The Savills for sale sign has gone up at Sirius. Photo: Ben Peake

NSW Minister for Social Housing, Pru Goward, took the black plastic off the Phillip Room briefly to show media the interiors of Sirius.

The Phillip Room has been locked from residents and covered in black plastic since March 2017. 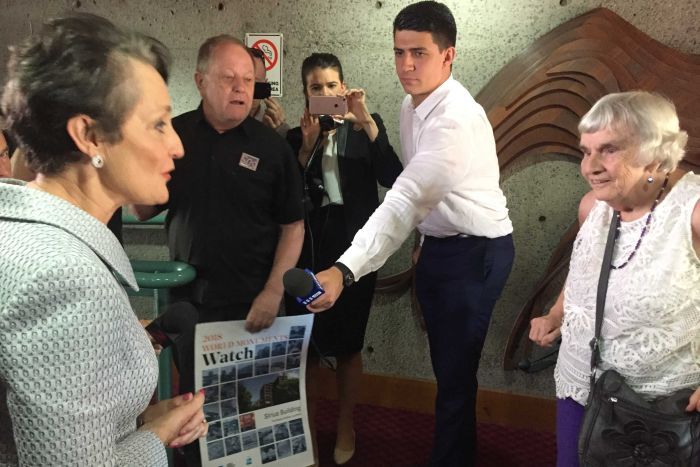 Announcing the sale was the first time Goward had visited Sirius… and although we had been asking for four years, it was the first time Myra had an opportunity to talk wiht the minister. Although Pru Goward had announced earlier on ABC Sydney that Myra was happy to move, Myra set the record straight. Watch when Myra and John confront the Minister here: http://www.smh.com.au/video/video-news/video-nsw-news/sirius-last-resident-confronts-goward-20171207-50pxc.html 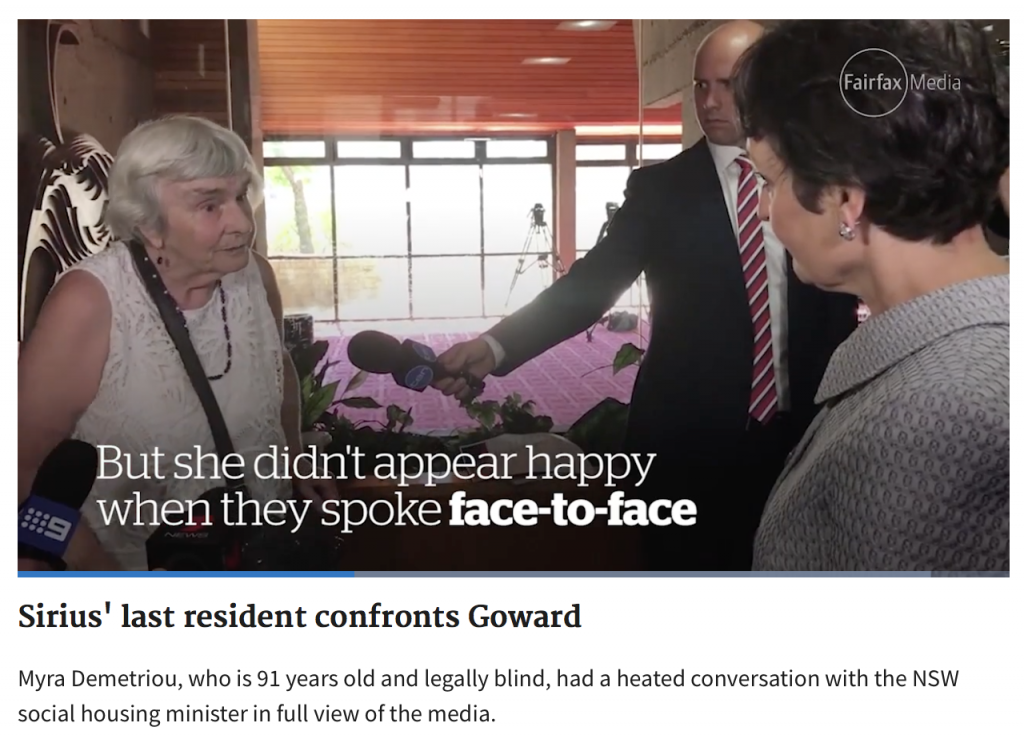 Ahead of the sale announcement, the Minister toured the building… and had her photograph taken on one of the roof terraces, which reminds us of one of the first tenants that moved into Sirius in 1980. 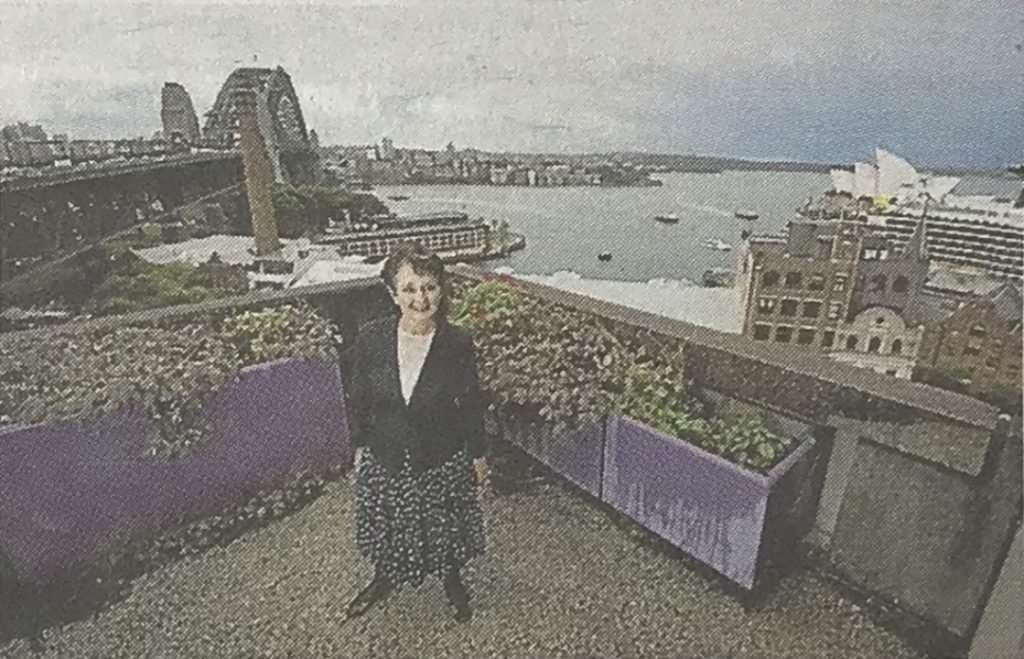 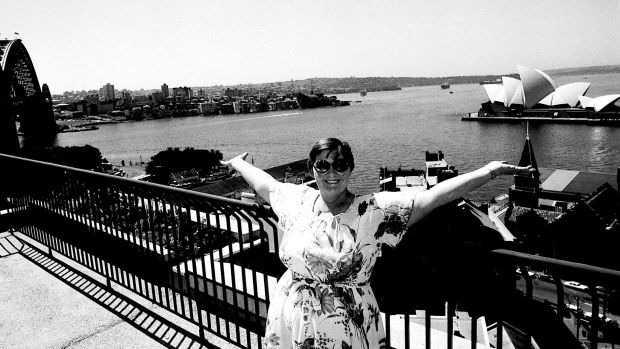 Mrs A. Gorrel admires the view from the 10th floor balcony of the new housing commission complex at The Rocks in Sydney, 19 March 1980. Photo: Andy Zakaras 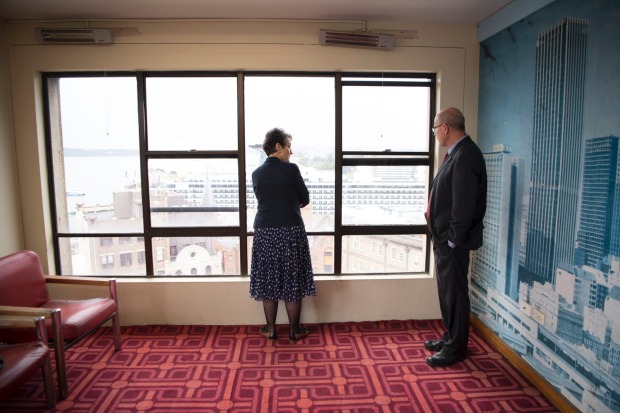 Pru Goward, NSW Minister for Family and Community Services and Minister for Social Housing, inside the Heritage Room of Sirius building.
Louise Kennerley

Sydney Lord Mayor, Clover Moore, said “If the sale of Sirius goes ahead, it means heritage is of no value in this state anymore.

Literally every organisation charged with giving the government advice on heritage has argued for the protection of Sirius.

The heritage value of Sirius is supported by the Australian Institute of Architects, the Sydney Harbour Foreshore Authority, the Tenants’ Union of NSW and the National Trust, who first nominated Sirius for the State Heritage Register. Earlier this year it was placed on the World Monument Fund’s watch list.

This not just about heritage, at the heart of it the Berejiklian State Government don’t believe low income people should be living in the city, and certainly not with harbour views. Berejiklian and her Heritage Minister want to push low income people out of the city and far from their communities, transport networks, employment and other support services.

Sydney will be poorer if our city area becomes an enclave reserved for the wealthy.”

A Draft SEPP and Planning Report for the site is open for public exhibition until 16th February 2018: http://www.planning.nsw.gov.au/siriussepp

1 thought on “Sirius up for sale”